50 YEARS OF SERVICE TO MANKIND

St Egidio started in Rome by Andrea Ricardi when he was a university student.  Together with a number of young students, they wanted to change the world in which the gap between the poor and the rich was growing.  Today the movement has clocked 50 years.  This change was to be influenced  by the gospel values as well as prayer.  Today the movement is in 73 countries in the world.  St Egidio has been involved in taking care of the elderly, prisoners, the poor, the sick through their HIV/AIDS programs/ dream.  Working with the youth is at the heart of St Egidio.  It is believed that if we work hard with the youth we can change the world.  St Egidio is a movement that believes that the community is very powerful to change the world because it is in the community where one finds the youth, the family, the elderly, the sick, the marginalized, the poor, those  caught the up in the traditional beliefs and those victims of other sufferings.

In Malawi, St Egidio is  involved with the dreams programs on top of other youth programs especially working with the poor, the sick, prisoners the youth and women especially marginalized.

Currently,  Malawi is represented by Archbishop Msusa of Archdiocese of Blantyre and Bishop Montfort Stima of Diocese of Mangochi. 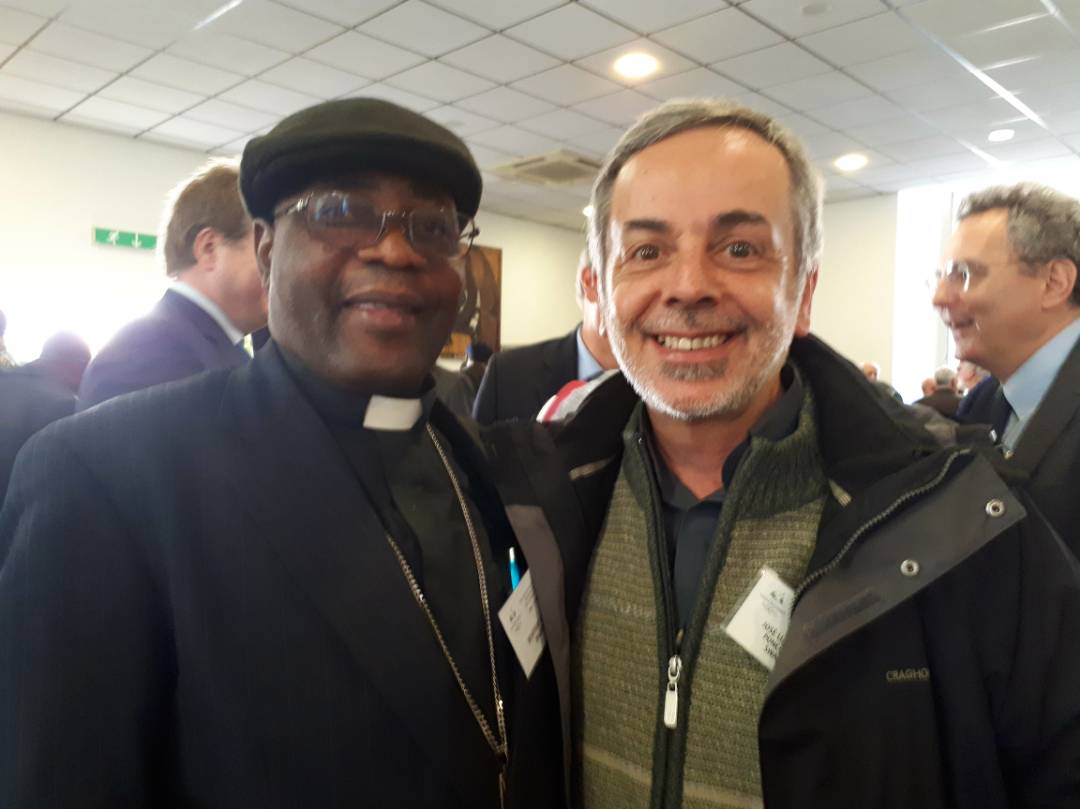 The climax of the celebration will be on 10th February marked by the Eucharistic celebration in one of the big churches in Rome.  Meanwhile let us unite with our dear brothers in Rome as they celebrate this great day.

After the celebration of 50 years in Rome, there is need to go back to where St Egidio has been working to see way forward.  Poverty is still there in the third world countries, people are still living in fear, there is still war in parts of Africa, the elderly are still living in fear for being accused of being withes because of their old age, women are still being subjects of abuse, children are being abused, the teaching of the church is being attacked at the expense of the word compassion for instance legalizing abortion or mercy killing.  While thinking of all these, most people are still suffering from spiritual slavery, caught up in pagan beliefs and they don’t know when they are going to come out of it.  False prophets are coming up in large numbers and because of poverty so many of our young people have turned blind unable to see.  The Gospel of prosperity is the preaching of the day by false prophets.  Faith healing is the story of each day with people coming forward  with testimonies.

The vocation of the church today is still same, which is  the very problems it is facing.  We need to liberate  people from the fear.  It is the farces of darkness that we are facing that need to be over come by the light of Christ.  However not all is lost.  There is still hope.  We  have young people like those of St Egidio who are committed to get rid of darkness.  We are all invited to join hands to overcome darkness which was already overcame by Jesus Christ himself