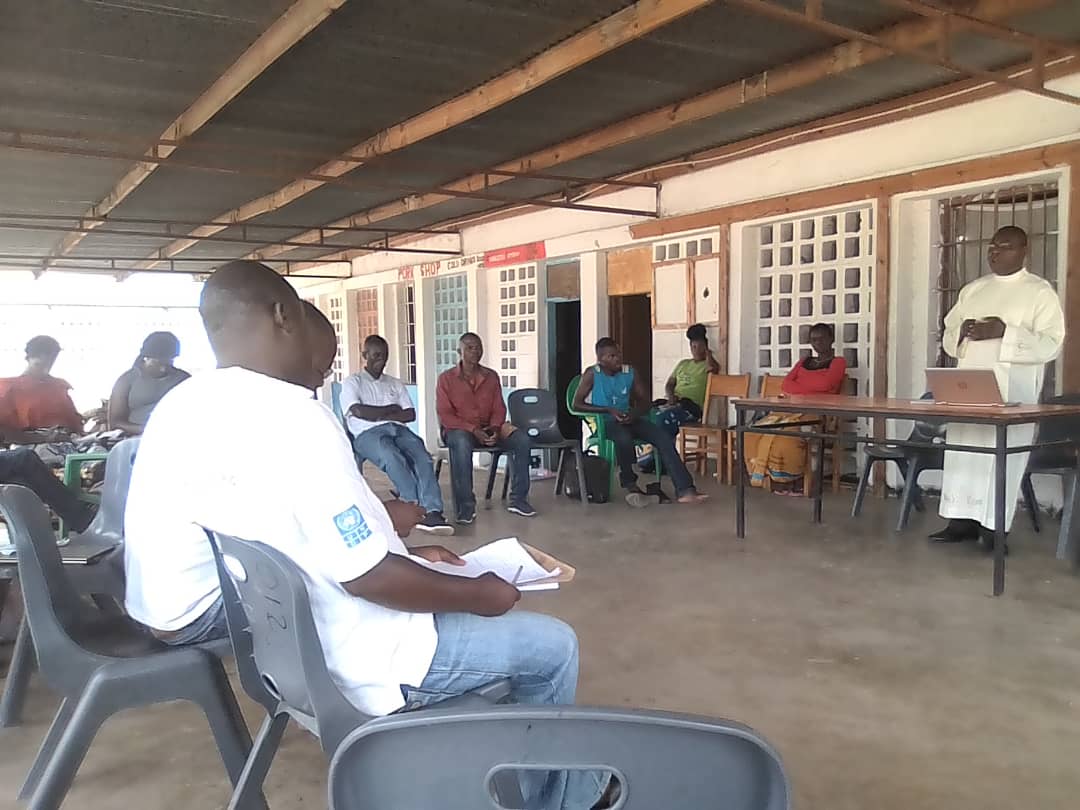 “Holiness will not cost your energy, vitality nor joy” says Fr. Mambo

Young Christian Workers (YCW) movement in the Diocese of Mangochi has now new leadership at the diocesan level. The movement had an extra-ordinary Annual General Meeting (AGM) from 07th -09th December 2018 at Mangochi Cathedral in Mangochi.

Innocent Gumulira from Monkey bay parish is now the new diocesan YCW president. Gumulira is replacing Patrick Mandala who has been leading the group for the past three years as the president.  The Vice Presidency is now headed by Peter Mkhori from Ulongwe Parish who will be taking over from Raymond Mwalwali. Gift Magalasi is now the new diocesan secretary and the vice secretary is Maria Ndawala. The new treasurer is Boniface Kadewere and the new leader at large is Patricia Kazembe. Committee members are as follows: Yacinta Machokero, Patrick Mandala, Dyson Hiwa and Mphatso Mulenga.

Announcing the election results, the National representative Mr. Richard Mankwazi, said: “This process has been very transparent and all of us have been given the opportunity to participate. Congratulations to the newly elected team, and we pray that the Holy Spirit should guide you as you take up this challenge. We also give thumbs up to the outgoing team for a job well done,” he said.

In his farewell speech, Patrick Mandala the outgoing YCW diocesan president thanked all the members for their untiring support towards the outgoing team. “We had a very smooth run during our tenure of office because we received support from all the sections. We are appealing to you to continue rendering the same support to the in-coming team. Yes we have achieved some milestones, but there was a lot that we could do which will now have to be done by the newly elected office bearers,” he said.

Taking her turn, the in-coming leader at large Patricia Kazembe thanked the outgoing team for a job well done. She outlined a number of issues which the newly elected team should take note of and implement. She acknowledged that the outgoing team has done a very tremendous job.

Apart from having a fruitful deliberation and the elections, the delegates also had a chance to attend a spiritual reflection conducted by Fr. Davie Mambo. The reflection was based on the call to holiness as emphasised by Pope Francis in his apostolic exhortation (Gaudete et exsultate). In his presentation, Fr. Mambo challenged the delegates not to be afraid of holiness. “It will take away none of your energy, vitality or joy” he emphasised, quoting the exhortation.

Mangochi YCW movement is set to begin a new chapter with the coming in of the new executive which is geared at making the movement better than before. The AGM ended with a shared vision that, it is possible to have a vibrant YCW in the diocese of Mangochi.